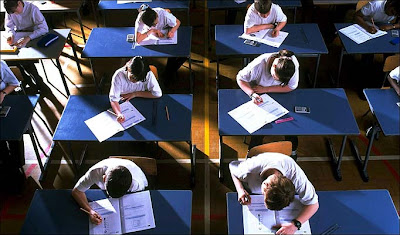 According to the Head of Secondary Education Curriculum Puskur Balitbang Ministry, Dr Herry Widyastono, APU, the development credits for students memfasilasi that allows to study in a relatively more rapid than the standard three-year educational journey.
He said the learning process must be organized for the pilot schools of international standard (RSBI), an international standard schools (SBI) and independent schools.
“When implementing the system of credits submitted on school readiness,” he said when met Espos in Solo, on Thursday (19/2).
He said, with the implementation of the policy means that schools can make a new student registration and implementation of national examinations (UN) could be held each semester.Associated with the development of the education system, he continued, some of them university Universitas Indonesia (UI), Institut Teknologi Bandung (ITB) and the State University of Jakarta (UNJ) has agreed to roll out new admissions each semester.“A number of universities have responded positively to the acceleration of the educational program,” he said.
Furthermore, he said, but students can be educated more rapid assessment system in the SKS is considered more transparent. According to him, if taken in the subject matter they did not pass, then they can repeat the subject matter without having to repeat a packet of material to achieve the minimum passing criteria (KKM).“This system will benefit students who have academic potential to study more quickly,” he explained.